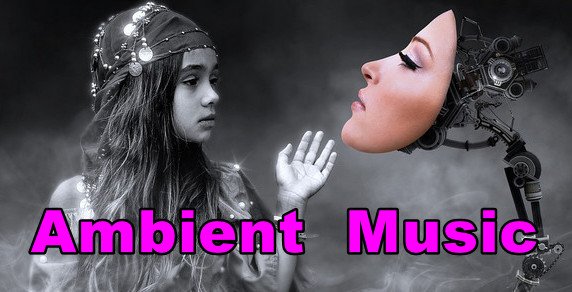 When I was studying in school, we did not have ipods, or iphones to listen to music on, and no Ambient Music market to access. We only had the record player or the radio. Listening to music while studying was not part of my mentality in school, if fact my Mom said, no listening to the radio while you study. But is seems that for some of today’s students, music is very much part of their study routine.

As I searched music on YouTube over the last few years, I’d come upon “ambient music”.

Dictionary.com defines ambient music as “background music, and a genre of instrumental music that focuses on sound patterns more than melodic form, and is used to create a certain atmosphere or state of mind. “

I had an introduction to ambient music back in the early 1990’s, after our fifteen year old son died. Music became an important part of our grieving process. My brother who lived in California, mailed me cassette tapes of ambient music. We would play these tapes as background music in the evening, while writing in our grief journals, and doing a lot of crying / grief work.

This was an important routine in the first few years of our grief, and the ambient music played in integral role.

We started buying “nature sound” CD’s and the like for a few years. I have not listened to ambient music for a number of years, but this instrumental genre has taken on a life of it’s own on YouTube.

If you search “ambient music” on YouTube, you will get a search list of the top Ambient Music track on YouTube. The top tracks have millions of views ! And the tracks can last for four hours !

Who Are The Listeners ?

As I sit here writing this blog post, I am listening to a relaxing ambient music track that is close to four hours in length.

The titles of a few top ambient tracks are –

Ambient Study Music To Concentrate – 4 Hours of Music for Studying, Concentration and Memory

Music to Help You Study and Memorize – 3 Hours of Study

Searching more you will find that there is ambient music in most any genre – classical, hip hop, jazz, bossa nova, etc.

I suspect that listeners are using these background music tracks, while doing most any other task on their computers.

For smartphone users who play music on their smartphones, they could be playing ambient music through earbuds while doing any daily task where you don’t have to interact or speak with people. A delivery guy could be listening to music all day long.

On this website there is even an excellent article about the history of ambient music.

The article gives credit to Brian Eno who first used the phrase “ambient” in the LP notes of his 1978 album Ambient 1; Music For Airports. He defines it as music “designed to induce calm and space to think”.

The article goes into many more historical areas of ambient music, and the artists who pioneered various aspects of it. They mention the company Muzak Inc. who in the 1950’s, became well known for their background music in offices and commercial buildings.

This article is a detailed read, and also has a book list at the end for further reference.

While I was introduced to Ambient Music back in the 1990’s, but did not keep listening to it. It has been developing and evolving for decades, and people are listening a lot to ambient music.

With today’s technology we can have music with us all day long, and all night if we want to.

The music industry has been evolving too. There are now music charts beyond radio’s Pop, Country, etc. that are not played on the radio. They are played on YouTube, Spotify, and other music platforms.

As a musician I want to know and enjoy all that music has to offer. I now have a new avenue of Ambient Music to explore.