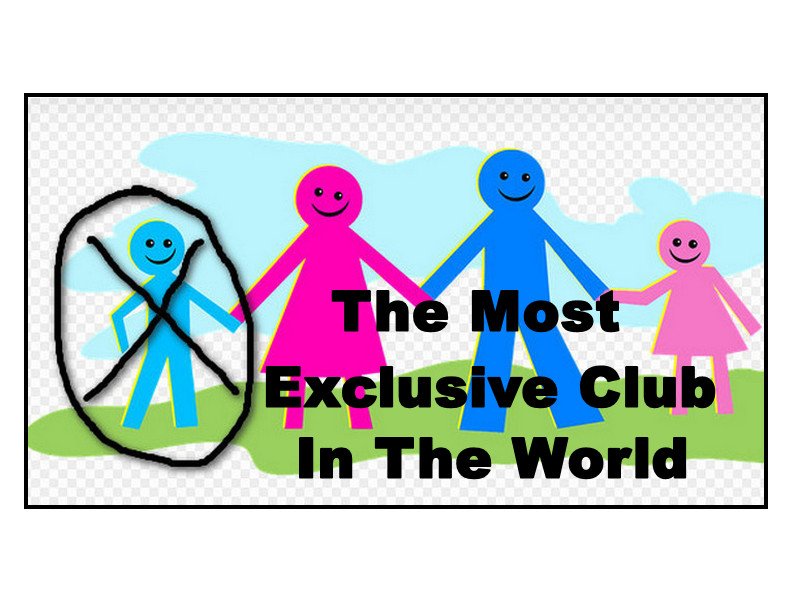 Most Exclusive Club in the World

The Most Exclusive Club In The World

– That You Never Want To Join

Our son Nathan aged fifteen and a half, died in hospital on May 22, 1991, from a short term illness.

The doctor thought he had pneumonia, and after being home for a few days it got worse, so I was told to take him to the hospital. He was so weak, that he could barely walk without help.

He was put in a ward, and treated for a few days. We came back on a Sunday morning, to find he had been moved to PICU, the Pediatric Intensive Care Unit . As we came to see him there, in an open room with a number of other patients, he was scared . He said, “I don’t want to be here, people die here !” His condition had gotten worse, and they wanted to do some tests.

Oxygen in the Blood

Over the next three weeks, they did three procedures. They took swabs as far down his throat as they could. It took a few days for the cultures to be grown, but they did not provide any information.

Next they did a biopsy, cutting into the side of his chest and taking a small piece of lung to examine.

They found he had a lung condition called fibrosing aeviolitis . It is a condition where the air pockets at the bottom of the lungs will not allow oxygen to pass through them into the blood stream. In essence he was slowly starving of oxygen. He was put on a respirator through his mouth.

Now he could not stand or talk with the respirator in his throat. He was confined to lay in his bed, and had to write in a scribbler in order to communicate with us. We decided to have someone with him around the clock. My parents went during the day, I went in the evening after work, and my wife stayed with him through the night.

One evening Nathan asked us, “Am I the sickest person here ?”

There were a number of other sick children in this large room. Beside him was a young boy about ten years old, who had been sedated for more than a day and had a multitude of machines connected to him. We said no, we thought the boy next to him was the sickest.

The next day we met his parents in the cafeteria and spoke with them. They were positive about their son’s situation but the following day, their son died.

The boy covered with a sheet and his bed were wheeled out passed Nathan. Nathan and all of us were forced to feel the agony of the situation. Nathan was right, people do die here.

The Peril of Next Steps

The doctors were stumped as to how Nathan had contracted this condition. They had only seen one other case like it a few years ago, and fortunately the young girl managed to recover on her own. We were not so lucky. They were in contact with other hospitals around Canada and the US asking about this condition, but any advice they got was not working.

The doctors came to us and said they could try one more procedure, with the ecmo machine.

They wanted to sedate Nathan, and hook up to the ecmo machine that would oxygenate his blood. They would then paralyze his lungs to give them a chance to rest, and hopefully after a few days he would improve.

We were getting desperate at this point, willing to try most anything. We discussed it with Nathan and he said OK. I felt that this was our last chance.

The Horror of It All

The procedure was to be done late on a Friday afternoon at bedside. They said the doctor who will perform it was very good, and would only take a short time.

We were waiting outside the room, and told the operation was finished and allowed to go to Nathan’s bedside. We were not prepared for what we were about to see.

As we walked to his bed, the staff were cleaning up from the operation. One person was down on the floor, mopping up Nathan’s blood that was in a large pool on the floor. There was now an additional large machine beside Nathan, with two tubes from the machine into his body.

There were large gauze bandages over the places where the tubes entered his body, and blood would stain through them more and more, as the hours slowly went by, before they would change the bandage.

Nathan now had to be fully sedated. He could not move and disturb the tubes in his body.

He had no clothes on, other than a facecloth over his private parts. This tall lanky son of ours lay there as if he was dead. The only sign of life was his heart beating, that caused an ever so slight movement in his chest.

I felt like we were standing at the edge of the cliff of death. We could see it, it was right in front of us.

To see our son in this devastating state, made us emotionally numb. Inside, we were screaming with pain. How did we get here ? We did not want to be here, but we could not run away from it.

With Nathan being totally sedated for the next few days, we stopped have someone with him around the clock.

It was too painful for us to see him like that now. Aline and I would go visit him, look at his sedated body so close to death. We would talk to him quietly knowing he would not hear us, but could only stay for an hour or so, at a time.

The next day we had a glimmer of hope as the oxygen in the blood started to rise into the low ninety percents. We were elated that his condition was improving.

On the third day, we came to his bedside to learn that through the night, the oxygen in the blood had dropped to the fifty percent level.

They told us that this had caused major damage in his body somewhere, but they could not say where.

Later that day, they said that they could put him on a second ecmo machine for the other side of his body. We said no.

Nathan was so far out on thin ice, that anything that is done creates an imbalance somewhere else. A balancing act that was tough to get out of.

Later, the doctors said there was nothing more they could do, and the only other option was to turn the machines off.

Seeing the pain that had been inflicted on Nathan’s body in a desperate effort to save his life, we felt that turning the machines off was the right thing to do. A totally irreversible decision, and one that was mind numbing for us to even think about.

Let Him Wake Up ?

They asked us, do you want to let Nathan wake up from his sedation ?

They had told us that he had suffered major damage in his body from the blood oxygen going so low. No one knew what that damage was or how severe it was.

What possible conditions could he awake to ? Blindness, a stroke or some other debilitating condition ?

We discussed it. What would we say to our son, assuming he was able to communicate with us ?

What words could be said that would help our son, knowing that we were going to turn off his machines and he will die ?

We decided there was nothing to be gained for him or us, by having Nathan wake up before turning off the machines.

Turn The Machines Off

We informed the family, and we all gathered the next afternoon outside the PICU. The doctors came in the waiting room to tell everyone what had been done, and then we were allowed to go to Nathan’s bedside a few of us at a time.

We left the hospital, and went to my Mom and Dad’s for supper. Later in the evening, we went back to the hospital to pick up Nathan’s things.

Nathan Has Left The Building

His bed and his body had been wheeled away. There was an empty space where only hours before he had taken his last breathe.

His bag of clothes and personal items including his walkman, had been placed off to the side. That’s all there was left of him there.

We picked it up and went home. And our journey as bereaved parents had began. Life would never be the same.

If you know of someone who has experienced the death of a child, you can refer them to The Compassionate Friends of Canada, which I’ll talk more about in the weeks to come.

Below is a picture of Nathan a year before he died. 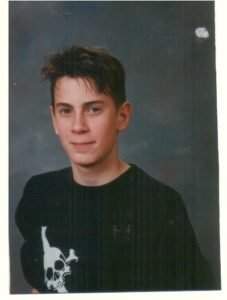