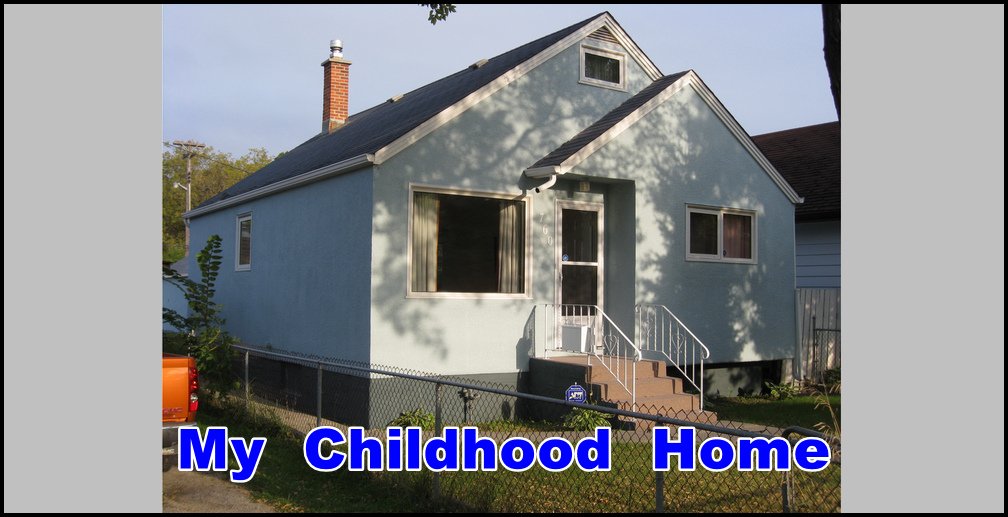 I was thinking about childhood home, the work my parents put into it, and the life they provided for me there.

My father was an early Do It Yourself’er guy before it was popular. Their generation did not have the benefit of Home Depot and all the benefits of new products that we have today. Some building products were custom made as needed.

From Renting to Building

My Mom tells me that when I was born, they were renting a home in East Kildonan in Winnipeg, Manitoba. I was a baby and the landlord was supposed to pay the utilities, including the heat bill. But the landlord did not pay the heat bill in the winter, and the heat in the house was turned off.

My Dad was upset, as my Mom and me as the new baby, were in the house. My Dad paid the heat bill himself, and deducted it from the rent. He did this going forward, so the problem would not happen again.

Mom and Dad discussed buying a house. Mom said that New homes in the area in 1957, were selling for about $12,000. Dad did not want to pay that high price, because he felt he could build one for less, which they did.

They purchased a lot from my Mom’s uncle, who lived next door.  Mom’ uncle was a carpenter, and my Dad hired him to build the house to lock up stage.

The house was a 2 bedroom, single bath bungalow with about 750 square feet, a basement and an attic. The attic was later finished into an additional bedroom as my two younger brothers came along, and more room was needed.

Mom and Dad moved into the house without kitchen cabinets or a kitchen sink. The bathroom sink was the only sink in the house. Mom had a metal wash basin in the kitchen that she filled and emptied in the bathroom sink, carry to the kitchen and do the dishes there.

The wash basin sat on a wooden stand that Dad made.

My Dad lived below his means his entire life. He saved money every month. This was demonstrated when they built the home, it cost about $7000 to build, and he paid it all in cash. Their first and only home never had a mortgage on it !

My Dad had a few prominent qualities in about equal amounts – patience to do without, be a perfectionist, a procrastinator, and a “do it yourselfer”. He would never hire anyone to fix anything, without him trying to do it himself first.

My Mom envied friends who went and bought a new home and moved in with everything being completed and new.

Her dream of a completed home did not happen till after my Dad died. She hired a few tradespeople to complete the work that was never done. Mom was pleased and proud of the end result, and lived their happily the rest of her life.

For Sale One Owner Home

The house was sold after my Mom died, in 2017. Mom and Dad owned the house for 60 years, and it now has it’s second owner, who bought it for over $200,000. And that is the lower price range of homes in the neighbourhood.

I was a “play in the basement kid” . The basement was unfinished, just concrete with no insulation on the walls. I started to play hockey when I was about 8 years old, and would practise shooting a tennis ball against the basement wall for sticking practise all year round.

As a teenager, I started to play drums, and after getting my first set of drums, they were moved to the basement, where I spent many hours and days practising my drumming. I got into playing in bands, and many of the bands would practise in our basement.

Mom and Dad felt that it was better they offer the basement to us teenagers, let us make noise ( music ) and they knew where we were.

With long cold winters in Winnipeg, playing in the basement was a good option.

I have many happy memories growing up in my childhood home. I was a minority of kids who had parents who never moved houses during my growing up years, which I felt glad about.

Looking back, I appreciate more now what Mom and Dad did to provide us a good home to grow up in.