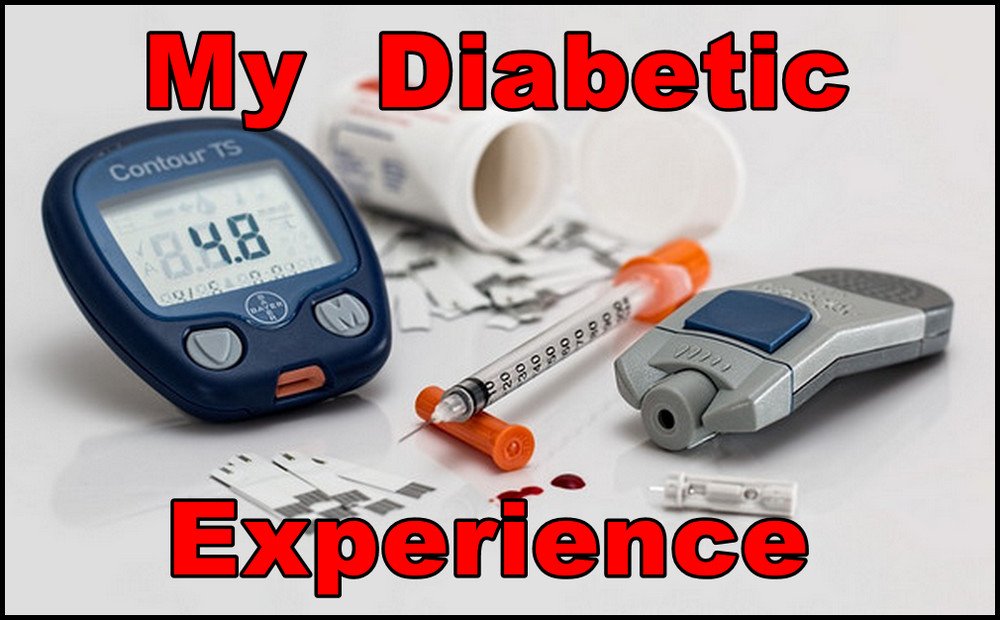 I have been diabetic for over 20 years. Looking back on it, I found in the early years, information from different sources could be contradictory.

My Own Head Games

I remember starting a new medication and my blood sugar dropped. I thought, I can eat more of the stuff, I should not eat. It is the wrong attitude to have, but I had it for a few years.

Insulin Will Take Care of It

When I started taking insulin, it worked well, and so again would on days with no will power, I would eat the things I should not have.

I was raised on porridge, and liked porridge. But when I tested my blood after eating porridge my blood readings were high. I realized for me, porridge is not be the right thing to eat, so I stopped eating it.

A few years into my journey, I got serious about improving my diet, after reading a few books by diabetic doctors. Smoothies were the thing to get lots of nutrition, so I bought a blender and had a smoothie every morning for breakfast.

I used more veggies like spinach and kale, and only one piece of fruit. My blood was still high, and I had to take insulin after drinking it, but I felt that I was making my body healthier.

I had also read about the low carb diet and was trying to ween myself off of bread.

Then I got serious about my exercise routine, and started riding bike about 5 days a week. I did this for a few years, and the legs got a good amount of muscle on them. I felt that my blood sugars were better because exercise helps use up the sugar in the blood.

Because my A1C was at 8.7, my GP sent me to a diabetic specialist. The cpecialist got me using a blend of fast and slow acting insulin, which was a good change, and helped keep the blood more level, as I had been using only fast acting insulin prior.

In 2017, I read the book The Diabetic Code, by Dr. Jason Wong. He was a gastric bypass surgeon, who operated on obese people, many of whom were also type 2 diabetic.

The gastric bylaw surgery made their stomach the size of their thumb, so it was impossible for them to eat a lot of food. In essence this surgery was forced fasting.

As a result, many of his patients had their type 2 diabetes reverse after a few months !

By not being able to eat a large amount of food, these patients were not able to put a large glycemic load on the digestive system. In other words, if you can’t eat, your blood sugar should not be high.

Dr. Wong moved into treating diabetics, and wrote a couple of books titled – The Obesity Code and The Diabetic Code.

In his book The Diabetic Code, he talks about the many patients he has helped reverse their diabetes partially or completely.

A Complete Picture of Type 2 Diabetes

In his book The Diabetic Code, Dr. Jason Fung in Toronto, gave the best explanation of the type 2 diabetic process for me.

He makes the story that the excess glucose in a diabetic’s body is like garbage in a house. If you let the garbage bag in the house get full, you should take it outside. But for some reason in diabetics, they are too lazy to take out the garbage. As a result, the garbage is just moved to a new location in the house.

It is put in the basement, in the closet, and anywhere that it can be stored.

The body is swimming with glucose that the body can’t use, and it is doing it’s best to put it to other parts of the body to keep functioning.

The treatment of course is to take insulin, the blood sugar goes down, and everything is fine, right ? Wrong !

By taking insulin and making the sugar in the blood go down, the glucose has not disappeared. It has just been moved from the blood, where we can measure it, to some other part of the body. The excess glucose is then stored in the liver, the pancreas, eventually the muscles, and every organ of the body, trying to store this excess glucose.

Insulin is not without it’s risks. Taking insulin pushes the glucose into other areas of the body, which helps in the short term, but is not healthy in the long term.

Insulin also causes weight gain over time. None of my doctors ever told me this.

I realized that I need to test every meal that I eat, to know how it affects my blood sugar. In order to know more precisely how a meal affects me, I sometimes would do a before and after the meal blood test.

So if your blood before the meal is 8 and an hour after the meal it is 11, you know that the meal caused a glycemic load of 3 on the blood sugar.

The two main food groups that diabetics need to avoid are carbs and sugars. The less you eat of them the less spikes in blood sugar you will have.

Taking those two food groups out of my diet is not an easy thing to do consistently over time.

My main meal now is salad. I eat it at least once a day, and often twice a day.

Dr. Fung suggests Intermittent Fasting, as a way to take away glycemic loads on the digestive system. This is a system of missing meals.

You can customize the process for yourself. I gave up breakfast, and I tried to eat only two meals per day, at noon and supper. They would call this an 18-6 intermittent fasting schedule. I fasted for 18 hours, and would eat for 6 hours.

This gives the body a chance to clean out during the 18 hour fast.

I was able to loose some weight on this method, as much as 3 pounds per day. My problem was to maintain the fasting and weight loss over a period of time.

If you are not familiar with Dr. Fung’s work, I’d suggest you buy his book The Diabetes Code and / or watch his videos on his YouTube channel at this link –