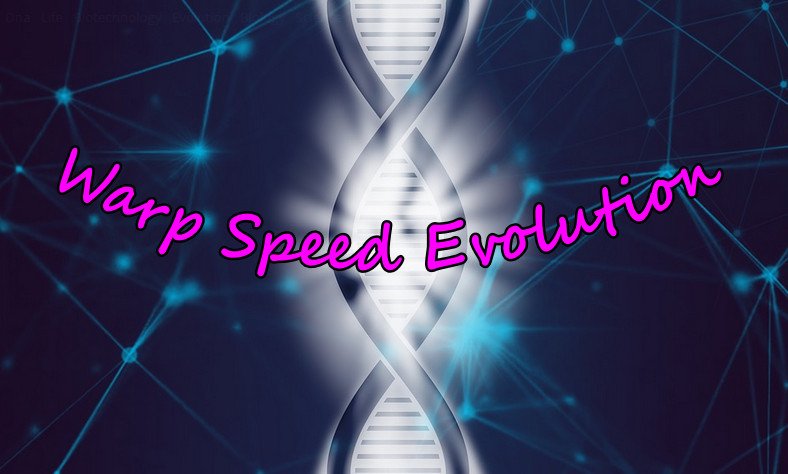 I have watched nature shows that say that a certain animal evolved over time, to develop specific abilities to thrive in it’s environment. But what if man could now create warp speed evolution.

That is what is happening with scientists’ ability to change the human genetic code.

Jennifer Doudna has won the 2020 Noble Prize in Chemistry for her ground breaking work with CRISPR, a gene editing process .

It has been reported that we are probably already eating DNA altered food, even if we don’t know it. The work started on plants and has progressed to working on the human genome.

There have been discussions about altering a human embryo, which at the moment seems to be not acceptable.

But Think About All the Good It Could Do !

CRISPR is a significant biology discovery and so far has been used to reduce the severity of deafness and treat sickle-cell anemia in mice.

Our society certainly have a lot of sickness and disease, and the cost of health care in North America keeps rising at an alarming rate.

If CRISPR is working towards reducing deafness and sickle cell anemia, how many millions of dollars a years would that save from the traditional treatment costs .

And what if it is successful in tackling some of the big diseases – diabetes, high blood pressure, and heart conditions. That would save many more millions of dollars per year from traditional treatments.

What would it mean for a person who is substantial deaf, to regain some of their hearing. I suspect that apart from any cost savings, the joy of hearing again would be priceless.

I’d say this is a technology to watch.

CRISPR is a family of DNA sequences found in the genomes of prokaryotic organisms such as bacteria and archaea. These sequences are derived from DNA fragments of bacteriophages that had previously infected the prokaryote. They are used to detect and destroy DNA from similar bacteriophages during subsequent infections. Hence these sequences play a key role in the antiviral defense system of prokaryotes. The CRISPR-Cas system is a prokaryotic immune system that confers resistance to foreign genetic elements such as those present within plasmids and phages and provides a form of acquired immunity. RNA harboring the spacer sequence helps Cas proteins recognize and cut foreign pathogenic DNA. Other RNA-guided Cas proteins cut foreign RNA. CRISPR are found in approximately 50% of sequenced bacterial genomes and nearly 90% of sequenced archaea. These systems have created CRISPR gene editing that commonly utilizes the cas9 gene.

Jennifer Doudna was awarded the 2020 Noble Prize in Chemistry for her pioneering work with CRISPR a gene editing process.

Could CRISPR be used to prevent Alzheimers disease.

Scribe Therapeutics is one of the companies working with the technology