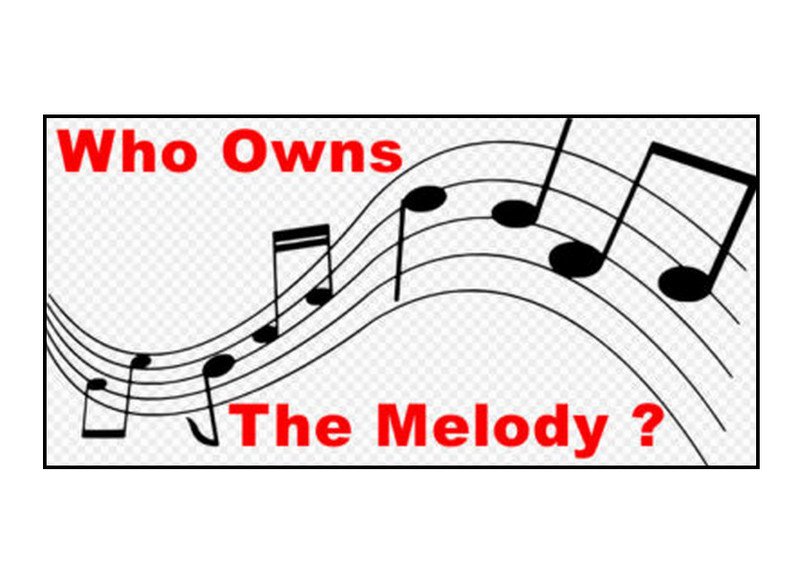 Who Owns the Melody ?

I have been making music for over fifty years. For all of those years, I learned and played other people’s songs. In the early years, I may have spent a a number of hours trying to learn a specific song.

You start to know what sounds good in music, and what does not sound so good.

In the last five years, I have taken up song writing, a natural progression from playing music for all these years.

When writing a song, I think and feel it is an original creation. Each song is something I have created. The song is made up of a few parts – a rhythm or beat, a chord pattern, a melody and lyrics to sing. There may also be additional parts like an intro, a bridge, a riff after the chorus and an outro too.

Wikipedia defines Copyright as a type of Intellectual Property that gives the owner exclusive right to make copies of a creative work, usually for a limited time. The creative work may be in a literary, artistic, educational, or musical form. Copyright is intended to protect the original expression of an idea in the form of a creative work, but not the idea itself. The copyrught is subject to minitations based on a public interest considerations, sich as fair ues doctrine in the US.

I also realize that I have not grown up in a vacuum. None of us have. We have all been influenced by many things we have experienced in our lives, and listening to music is one of those experiences.

So my musical experience is the sum total of all the music that I have listened to in my lifetime. I suspect that would total tens of thousands of songs and videos I have listened to. Each of these has influenced my music experience and therefore my creativity and song writing abilities today.

Did I really create the melody in my song ?

Did I really create the melodies in my songs, or have those melodies been silently around since the beginning of time ? Did they already exist and no one brought them to life ?

In the English language there are over 117,000 words. But, there are only twelve notes in an music octave. Those twelve notes are the only notes, that musicians have to write music with. We have lots of words to work with, but only a handful of musical notes to work with.

Damien Riehl is a lawyer and a musician. He did a TedX talk titled – Copyrighting All The Melodies to Avoid Accidental Infringement .

He talks about the lawsuits in the music industry that have happened over song melodies.

Listening to both songs, you find that the melodies are the same. It was reported that George Harrison stopped writing music for some time, after the lawsuit.

Damien cites other song law suits of Queen vs Ice, and Tom Petty’s – I Won’t Back Down vs Sam Smith’s – Won’t You Stay With Me.

He mentioned that Katie Perry was sued over one of her songs, even though the last two notes of the melody were different. But she still lost the court case and had to pay $2,500,000 to the suing party.

He mentioned that some law suits are settled by the artists becoming co-writers of the song in question, and sharing the song revenue rather than paying a large settlement.

As a songs writer the  problem is that we have to avoid every melody that has been already recorded !

Even if you have not heard it !

Every songwriter works in a field of “Melodic Landmines” because of any song melodies that have already been copyrighted through recording.

The musician’s problem is that there is not an infinite number of melodies to work with. With every new recording done another melody has been taken away from other musicians to work with.

Damien showed the following chart, with a random number of red boxes. These represent the songs that have been copyrighted by the existing song recordings. The white squares left, are the melodies that have yet to be recorded and or copyrighted. 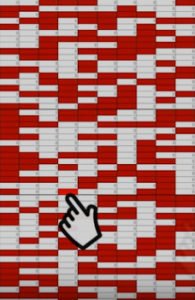 A Database of All Melodies

Damien is on the side of the musician, and with the help of midi music and computer power, has been able to create a database of all possible melodies for a one octave range. By having these melodies put on a hard drive, he says these melodies are now legally copyrighted.

But he is not keeping those melodies for himself, he is putting them in the public domain, so any songwriter can use them for their own purposes, going forward.

Damien suggests that melodies to a computer are just numbers and have existed since the beginning of time.

Melodies are finite math numbers. Maybe melodies are just math and a songwriter has not written them yet.

This is great foresight on Damien’s part, and as a musician I applaud him for his work.

Watch his TedX talk at the link below –

Damien has put together a website which includes the database of available melodies. You can download this database of melodies at –