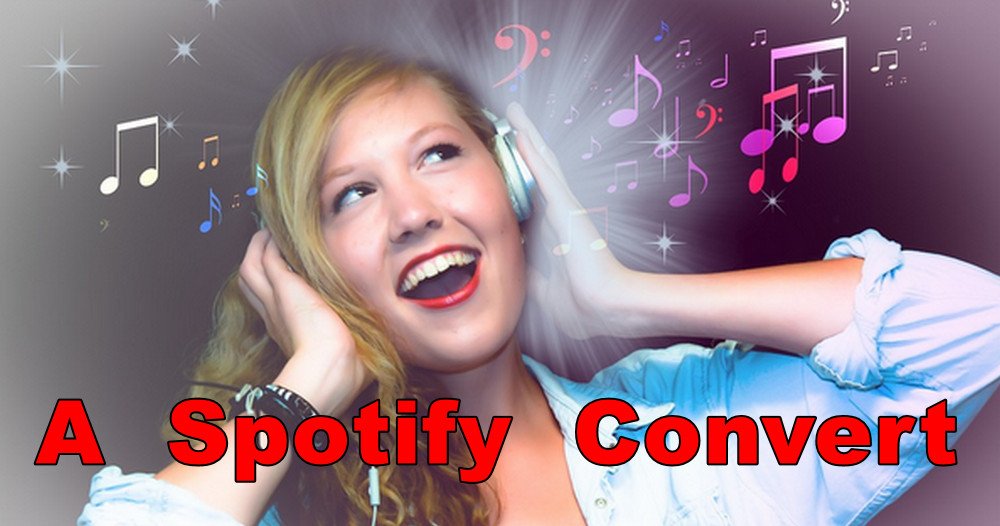 I have lived through four generations of recording media, – records, cassette tapes, CDs and now digital streaming. That is a lot of change in less than one lifetime, but as an old guy, I have become a Spotify convert.

In my teenage years, we listened to the radio, heard a song we liked and went and bought the record.

Sometimes we would listen to a friend’s records and find an album we liked, and we went and bought that. Today, like many things in life, computerization has changed the music landscape. And I would say for the better.

In the 80’s I had amassed six feet of LP record albums, stacked vertically. I was now listening to cassette tapes, and I gave the LP’s away to a friend who was an audiophile, and had a $10,000 stereo system.

The last number of years, I have played music on my iPod, when I do work around the house. Because Apple kept changing the iPod software, I had stopped adding new music to it.

One day, I realized I have been listening to these same iPod songs for more than a decade. I think it is time for a change.

I decided to give a Spotify account a try, for about $10 a month. It will go up soon in Canada, because the Canadian Government is now going to add tax to these Spotify accounts that up to now have not been paying any tax. That’s fine with me.

most every artist in every genre

a huge number of playlists to choose from

the ability to create and share my own playlists

to listen to all the new music I want, without having to buy it, or pay any more.

I heard that Spotify adds something like 50,000 new songs per year to their music database. If each song averages 3 minutes long, that would be 150,000 minutes of listening time to listen to each new song. That is 2500 hours. If you work 40 hours a week for 50 weeks a year, you have spent 2000 hours working. So listening to all the new Spotify songs would be a full time job.

The odds of someone doing that is unlikely. We all have certain musically tastes, and will zero in on a style or genre we like.

One interesting feature of Spotify is their algorithm. Each time we listen to a song, Spotify’s algorithm will update our song listening history, and suggest other similar music, for us to listen to.

A neat feature that should help us find what we want quicker.

Then there are Playlists. I have created a few of my own with my favourite music. In addition you have access to playlists created by others, music curators, and Spotify themselves.

I read that many of Spotify’s users are looking for new music to listen to, so playlists and their promotion allow users to do so easily.

Spotify was founded by Daniel Ek and Martin Lorentzon in 2006, and is headquartered in Stockholm, Sweden. They are one of the largest streaming services in the world.

Their database has 70 million songs. The company has 155 million paying customers. About 70% of their revenues go back to the artists. It is reported there are 7 million artists in the database and about 13,000 of them made royalties of over $50,000 in 2020.

But I have read that these royalties are less than what musicians used to make in 2000 and prior years.

I remember seeing a documentary on Elton John, at the height of his career. He would go to record stores about once per week, and buy a huge number of new LP albums. He would then go home and listen to them all.

This was his way of keeping on top of the music industry, and decide on what type of songs he would write and release.

I’m glad we don’t have to do that today. We have all the new music we want with a Spotify account !