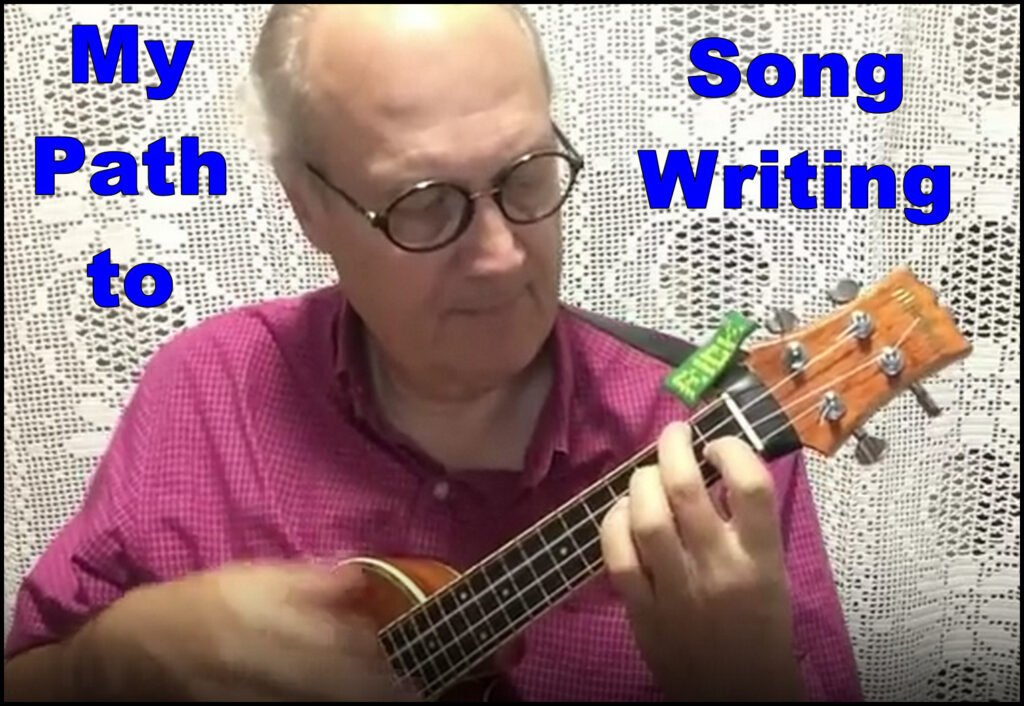 My Path To Songwriting

I never thought as a teenage drummer that I would be a songwriter in my retirement years. But looking back on it, I can see there was a path to songwriting in my musical life.

I took up the drums in my teens and played in bands in my early 20’s. It was common for band mates to spontaneously make up silly words to songs we knew. This is called a parody putting new words on a familiar melody.

My wife and I have developed a lyrical sense with words. We would be watching TV, and hear an actor or announcer say a phrase. The words in the phrase or the rhythm of the phrase, reminded us of a song lyrical phrase, and we would often immediately after hearing the announcer, would say or sing together the phrase from a song that we were reminded of.

Parts of a Song

As the drummer, sitting behind the rest of the band, I learned what each instrument would do and how instruments fit together in the song. I also learned how drums together with the band and each instrument.

The keyboard and guitar would provide the chord progressions for the song. The singer would sing the lyrics and melody, and other members would often provide harmonies on the chorus.

Most songs are made up of – a drum beat, a bass guitar line , a chord progression, lyrics with melody, and maybe a Riff somewhere in the song.

As a drummer, I would try to provide interesting and unique rhythms for songs that the band was playing, and this sometimes lead to creating a new version of a song, different from the radio version we were all familiar with.

We have all heard a new versions of a song, like a swing song that was redone with a latin rhythm, or something like that.

Piano and guitar players would often play a solo in the middle of the song. These solos were often improvised, in whole or in part, at the time they were played. Some musicians became very skilled at solo improvisation, and I always appreciated the musical skill.

From a songwriting perspective, I was familiar with drum rhythms, and bass guitar lines, and liked to work with words / lyrics. But the song also needed a chord progression and a melody.

In retirement I took up the ukulele, and taught myself to play chords and sing melodies. I joined local ukulele groups. It was fun to play with others, and when we all played and sang together it was fun learning experience.

I taught drums to a handful of students back in my early 20’s. I learned quickly that if you keep it fun, the student will enjoy the learning, and want to keep learning.

If I got down on the student for not practising his lesson, the student would loose interest. Then it became hard to teach anything, and some students would quit. Looking back on it, I feel bad that students quit because I did not keep it fun.

With my ukulele skills coming along, I was learning chord progressions. I was getting familiar with most parts of a song.

The last parts of a song for me to learn were lyrics and melodies. I started writing down lyrics and phrases that interested me, and the first melodies were the notes of the chords I played.

All areas of songwriting need to be improved on over time, to become more proficient and a better songwriter.

Like life, everyone’s path is different. We may end up on the same mountain top, but have gotten there from different paths up the mountain.

If you have ever had a desire to write a song, make a start. You may surprise yourself.