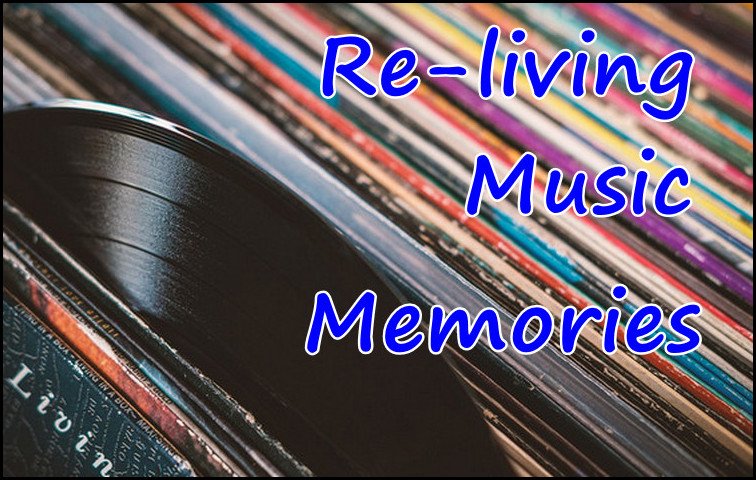 I have been listening to music and making music since I was age 11, when I started playing drums. As we get older, we relive our music memories of years past.

As a teenager, buying records and listening to the radio was how we listened to our music. After records went out of style, we had cassette tapes, then CD’s, then ipods, and now digital streaming services like Spotify, and iTunes. That is a lot of change in one lifetime.

I recently had a project to paint fence boards that I will erect soon when the weather gets a bit warmer. But I had to paint them in my basement where the temperature was warm enough to allow the paint to cure.

Since my 20’s, I have always tried to have music playing, when I was working on house renovation projects.

My office is adjacent to where I was going to paint, and so I put opened up my Spotify account and started to play music while I worked.

I started thinking about the albums and songs I listened to in my younger years. Some I had a hard time remembering, and searched for them on Spotify, found them, and played them.

My Favorite Albums and Songs

There were the radio pop songs from artists like – Conga by the Miami Sound Machine, Smooth Operator from Sade, I’ll Take You There by the Staples Singers.

I remember some great old albums that I played to death – the “shoe album” by Miami Sound Machine, Sergio Mendes by Sergio Mendes. I did have an album by a heavy metal album by Uriah Heep that goes back to around 1970, that I could not find on Spotify. I think some of the older albums were re-mixed and re-mastered and re-released under different names.

Years ago there was a monthly magazine called Jazziz that I subscribed to. They would send you the magazine, and there was a CD with it, with various artists that were features in the magazine. There was some terrific jazz songs on those Cds. I remembered some of the artists, and called them up on Spotify.

Peanut Soup by Steve Khan and Rob Mounsey was a song in 9/8 time, which is was a very unusual time signature.

Guru Bramha – Jai Uttal – this song is like sitar jazz, which I had never heard anything that came close to it.

I was even able to play other songs and albums by my favourite artists, that I had not heard before, because I did not buy those records back in the day.

By 1990, I had six feet of record albums stacked up vertically. I made a six foot long stand to hold them all. We were moving our house, and I decided to get rid of the records, because I was not playing them much anymore.

I had a friend who was an audiophile, with a $10,000 stereo, and decided to give all these records to him.

All Music In One Place

It is a bit of a brain twister for me to realize that the streaming services now have almost all music every recorded in one place, for you to play anytime you want.

So I have enjoyed this new music streaming experience of playing my favourite old songs while I am painting my fence boards, and reminiscing about my younger days.

It brings back lots of memories and reflection, on things we did both right and wrong.

I discovered by accident that you can have a Free Spotify account. The Premium paid account is about $12 a month C$. My credit card company had put a freeze on the card, because I made a large purchase that they thought may have been fraudulent.

It was a few days before I knew, and got it straightened out. But in the meantime, my payment for the Spotify account was also rejected.

I got an email from them saying my account was now downgraded to a Free Account with some restricted features. I did not understand why at that moment, but figured it out shortly after.

I thought I’ll try the free account. The major difference is that they will have audio advertising play after a handful of songs. I am OK with that.

So now, I have most every song every recorded at my fingertips, at any time of day, for Free !! That is a deal you can’t pass up.