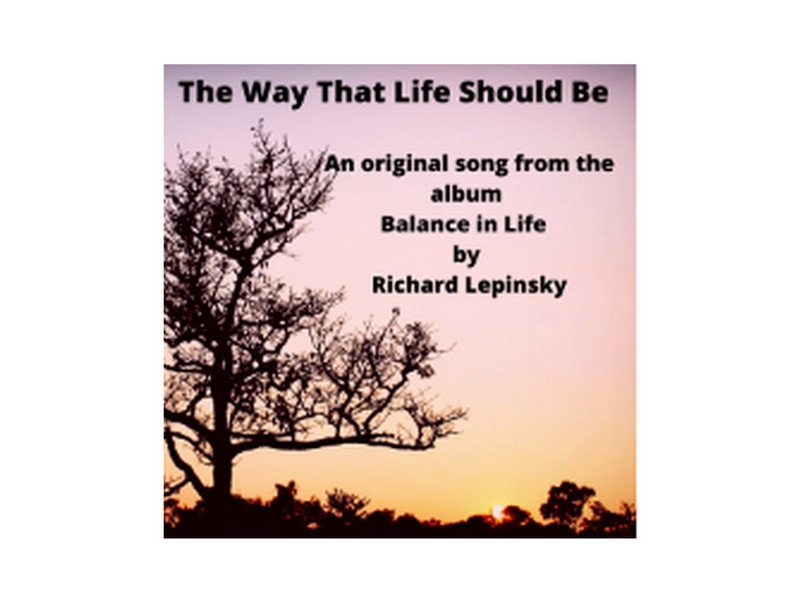 The Way That Life Should Be – song history

The Way That Life Should be is a song  in memory of my parents,  Walter and Marion Lepinsky and the good life they provided our family growing up.

Many people feel that the 1950’s and 1960’s were the golden age for the middle class, when they got their share of the corporate profits thru wages and increased their lifestyle with the money they had.

The 50s and early 60s were baby boom time in Canada increasing with the average babies per household being 3.7. I had two brothers, so our family was close to the average family in the baby department.

We got our first TV in 1960, as television made it’s way into most Canadian homes, as noted in one of infogram.com ‘s articles .

I remember the family watched TV on most Saturday nights, starting with Hockey Night In Canada, then Juliette and Perry Como. Sunday night was the Walt Disney Show and his numerous family entertaining movies.

Dad had a steady job at the CN railway. He started that job right out of high school, and retired still working for the railway. It is uncommon today to have one employer for an entire career, but back then it showed the stability of jobs, which in turn provided stability in raising a family.

A Stay At Home Mom

Mom was a stay at home Mom, which was quite common, before most Moms started joining the workforce. Before grocery stores were open on Sunday, she had a routine of shopping late on Saturday afternoon, to catch the sales of perishable items that the store would mark down before closing on Sunday.

We had a comfortable home, that my parents had built in the late 1950’s. Dad contracted the basement and framing out to a relative, and then did as much as he could finishing the interior of the home. He was proud that this saved him a lot of money, and allowed him to have the home without ever having a mortgage on it. That is also something that is uncommon today.

I was a hockey kid from ages eight to thirteen, at the local community club. I have good memories of playing hockey and travelling to other community clubs to play other teams.

When I started a family, I encouraged our kids to get involved in community with sports and music. Looking back on it, these values came out of how I was raised.

“ The older I got the wiser dad seemed to be.”

I had a good life growing up, and wanted to express my Thanks to Mom and Dad in this original song titled, The Way That Life Should Be. One line of the song says, “ The older I got the wiser dad seemed to be.” The thought is true probably for some people.

Watch the lyric video of – The Way That Life Should Be