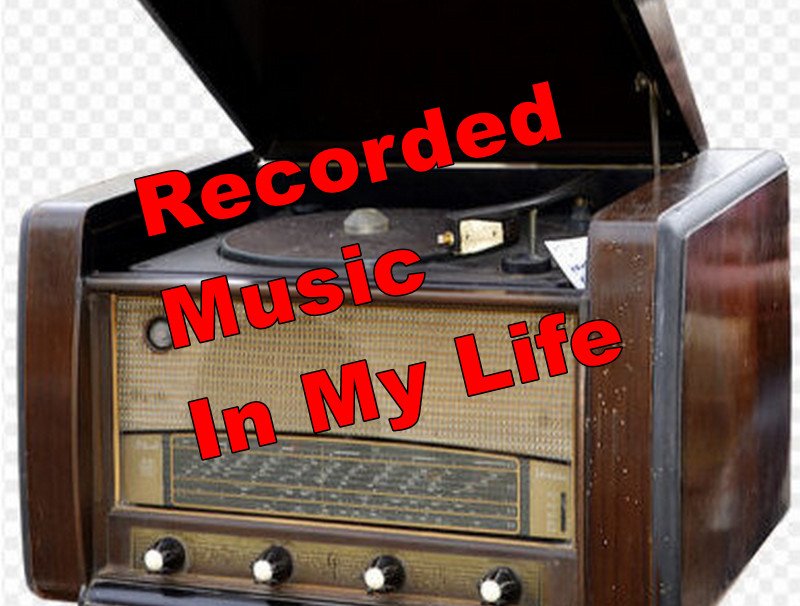 Evolution of Recorded Music In My Life

There has been a lot of evolution in recorded music in my lifetime.  It started in the 1960’s, when I was about ten years old, and my parents bought a used record player. They did not buy many records but when was a teenager, I started buying records with my own money, and the record player was found in my bedroom from then on.

I remember many happy hours listening to various albums and artists such as – Uriah Heep, Jethro Tull, Beatles, Elton John, Three Dog Night, Neil Diamond, and all the Motown artists that made their way on the music scene then too. And of course there was also The Guess Who, our home town boys from Winnipeg.

My first stereo record player was purchased, working my first full time job. I purchased a lot of records over the next ten years or so. I had about eight feet of records stacked vertically. I ended up giving them to a friend who had an expensive stereo system, when we moved in 1990.

Records had given way to cassette tapes, and it was very happy when I had one installed in the car.

I bought two cassette recorder machines, so I could make my own custom tapes with only the songs that I liked on them. I enjoyed that very much.

I do remember having a boombox that was a great portable music machine that was great for listening to out in the yard or at the beach. The cassette tapes eventually went in the garbage, as they had no value and nobody wanted them.

Then in a few more years, along came the ipod. This I thought was a great device, with electronic MP3 files, that could be easily copied from one device to another. The songs from the CD’s quickly went onto the ipod. I loved listening to the ipod with the earbuds, while I was riding my bike.

I did not like the iTunes program which was needed to put songs on and off the ipod, as it difficult to understand. But I put up with it for a while.

Now there was no need for CD’s, they had no value, and I gave them away to the Good Will.

Up to now we owned our music. We bought records, or cassette tapes, or CD’s or an MP3 file. But we owned it. It was ours.

You Tube started having lots of music and video, and it has now became the biggest music site in the world. And it is Free, because of advertising revenue that they generated on the site. Each time you watch an ad, that company pays a fee to You Tube.

Now we no longer had to buy our music, we can get it for free on You Tube. We did not own it, but we could listen to it anytime 24/7.

In the last few years Streaming Services like Spotify, have made their mark in the marketplace.

The model has changed to renting or leasing your music on a monthly basis.

And for about $10 a month, you can listen to all the music you like 24/7. Sirius Radio I understand costs about $30. a month, for all the music and talk radio you can take.

In my lifetime, the music industry has gone from selling us a record, CD or MP3 file, to giving music away for free on You Tube, to leasing music from Spotify, Apple Music, iTunes and others.

That is a lot of change over the years. I admit I am willing to enjoy free music and video on YouTube, but have not spent money to lease music yet.

In my generation, owning things was important. I did not rent a tuxedo for an occasion, I bought a new suit. Owning a house was important, as you did not want to pay rent forever. I still own a house, and hope I always will.

Being raised this way, to own the things you have, it is difficult to accept that renting or leasing most anything is a better way to go, in our minds.

My opinion does not really matter, as Spotify and streaming companies like it, continue to grow their business and acquire new customers.

I’m not ready to rent my music, yet.