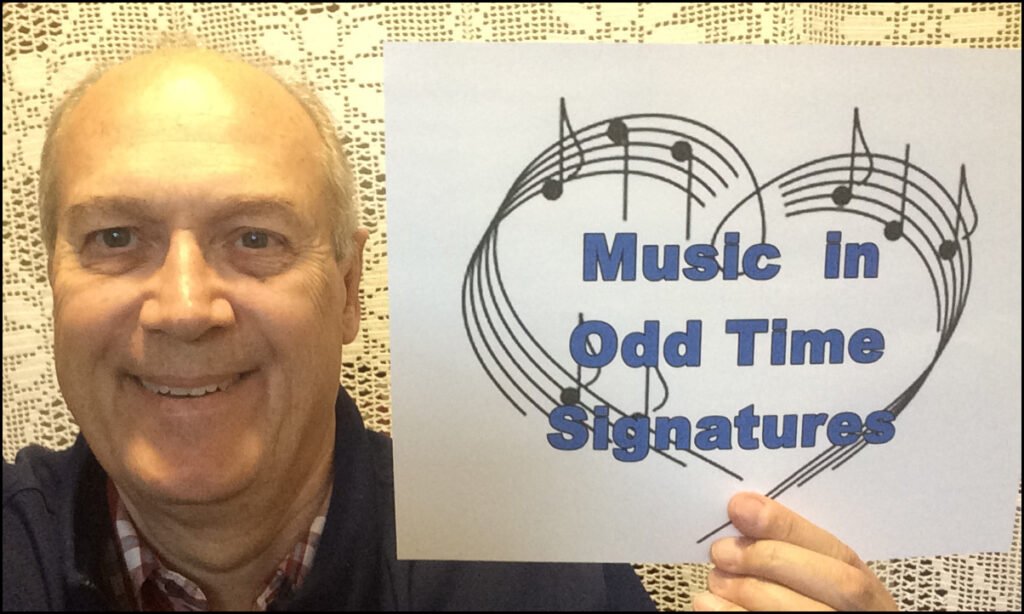 I remember as budding drummer back in my teens, I bought Joe Morello’s book that had drum exercises in the 5/4 time signature. Music in odd time signatures was a goal of mine for a period. I felt as a drummer, my drum counting ability would help me play these more advanced time signature exercises.

Joe Morello was the drummer for the Dave Brubeck quartet, who had the hit instrumental in 5/4 time, titled – Take Five, back in 1959. The song was written in 5/4 time by saxophone player Paul Desmond, who played the catchy saxophone melody for this iconic song.

What I remember from the book is, that I worked very hard trying to play in 5/4 time. Counting music with 5 counts to the bar, is not natural to our music or our society. Most all our music is 4 beats to the bar. In the book, Joe wrote about studying an African tribe and their rhythms.

At that time, that was a mind blowing thought for me. As a drummer, I worked to be able to have each hand and foot play a different rhythm, which it like dividing your brain into four parts. Trying to play two different time signatures at the same time, seemed impossible or super human.

Advanced Techniques For The Modern Drummer

My first drum teacher taught me the jazz book, Advanced Techniques For The Modern Drummer, by Jim Chapin. It focused on independence of the left hand and bass drum, while playing a swing rhythm on the ride cymbal.

I studied that book for a couple of years, and came out the other end, a budding jazz drummer.

I was playing drums full time in a band called Bounty in Vancouver in 1975. I wanted to learn more about latin drumming, so booked a drum lesson a music store that had a latin drum teacher, who’s name I don’t remember.

We each sat down at a drum kit, side by side. He started playing quarter notes on the hihat. I copied him. Then he added an open hihat on the 1 beat. That was new and a bit hard for me, but I copied him.

Then he added a cross stick on the snare on beat 2, and high tom notes on beats 4 and 4an. I copied that. Then on the bass drum, he added 2 beats on 2+ and 3. I was able to copy that. Then he started playing quarter notes with the right hand, on the bell of the ride cymbal. I copied that.

Then he started soloing with 16 notes on the right hand on the ride cymbal bell – 1 an 2 e ah 3 ah 4 an ! My brain exploded and I just about fell off my drum stool.

That ability to have the feet and left hand going, and then solo with the right hand, was beyond my ability at the time.

That was the only lesson I took from him, but that one lesson he gave me the path to work on right hand soloing and latin drumming skills for the next few years.

Years later, I saw a great drummer Dennis Chambers, who played with Santana from 1998 to 2013. I saw a video of his terrific independence, which I felt was even more advanced than playing two time signatures.

See Dennis play this from a 2011 YouTube video titled –

I came across a video on the YouTube Channel called Reverb. titled – 9 Popular Songs With Odd Time Signatures.

He talks about modern songs in odd time signatures, and breaks down the counting to understand it.

The Mission Impossible Theme is in 5/4 time.

Kudos to those musicians, who over the centuries, spent time working and composing in these odd time signatures. Check the article out here.

I am writing about odd time signatures now, in part because I am releasing on YouTube today, the video of Syncopated Tintinnabulation ( bell sounds ). This is the fourth track of my “drums only” album – Richard’s Best Drum Rhythms of 50 Years, my swan song to my years behind the drums.

While this drum track does not have odd time signatures, it does have unusual melodic beats, thanks to with a few special additions to my drum kit, and some complex 16th note rhythms by the author. Check it out Syncopated Tintinnabulation here.

So Much To Learn, So Little Time

Like other areas of life, we don’t know it all. There is always more to study and learn, in this awe-inspiring world.

Most of us live our lives within society’s parameters, which includes music. Some musicians will help move our “music listening needle”, around to new genres, over time.

Who knows, maybe songs in 5/4 time will become the next era of popular music.