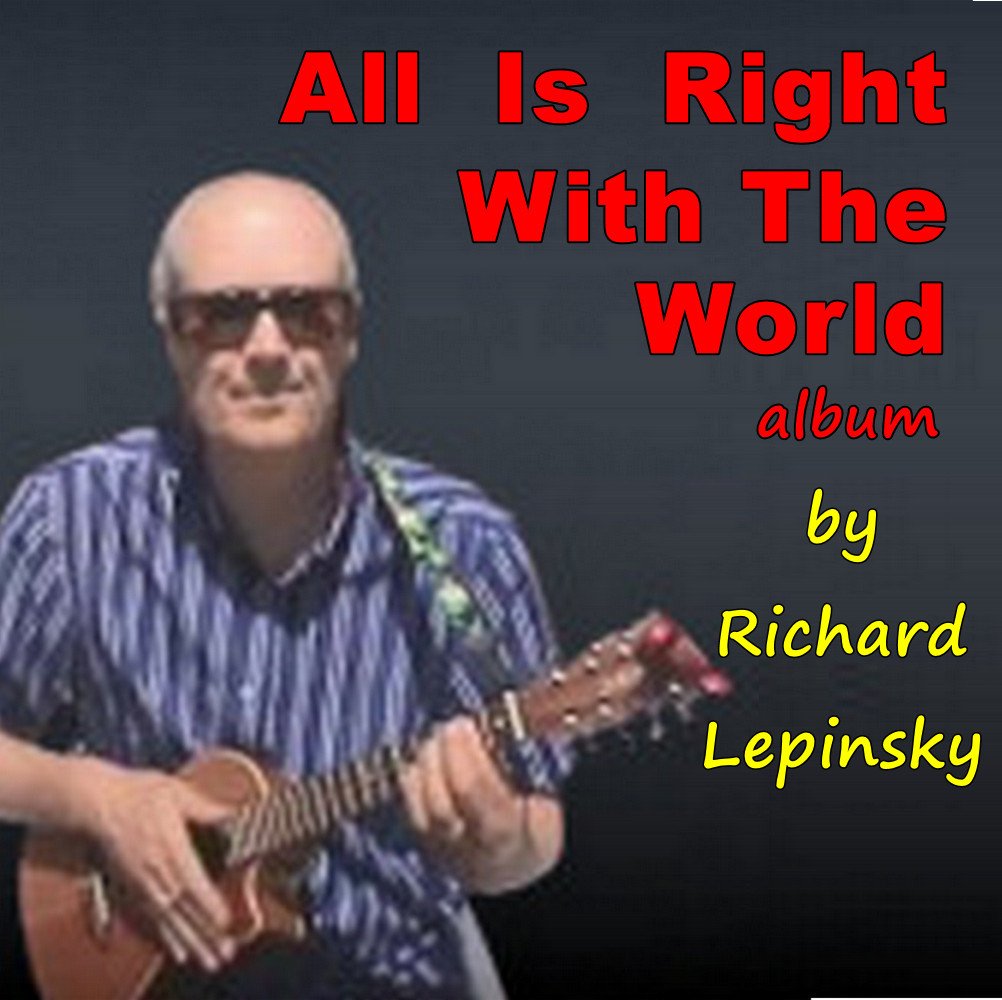 All is Right With The World album

The album – All Is Right With The World, was released in Dec.2021. It is an album of the ten original singles released throughout 2021. With each song release, I also did a lyric video.

I look back at this album, and realize that I have developed a handful of music skills throughout the year. There are a lot of skills needed to self produce a song and an album.

By producing and releasing one song each month, each song became a project to itself.

Not only am I a songwriter, but as an Indie ( independent ) Artist, I do most things myself. This involves the recording and sound engineering process.

Getting a good vocal or ukulele track is not always easy, even after a number of tries.

Then I need to make the music sound good. I do this on the computer with audio software. Just like playing an instrument well takes time, being a good recording engineer also takes time and effort.

I feel I have made some gains on producing better music this year. I still hear things that are not as perfect as I would like, after the song has been released, but that is part of the creative process.

Also on this page, is an Album Video, which is the first video on the page. The video narrates some of my thoughts behind the songs on the album. There are Time Stamps for each song below .

3:51 Natural Order of Things – a song about grief, a reflective song

7:14 Grow Some Food – a song encouraging people to grow their own food

11:02 Stand Up And Try Again – a song about persistence

14:55 Coffee Conversation – a song about the enjoyment of sharing coffee with others

17:59 One Thing Leads To Another – a song for my wife on our 47th anniversary

22:23 On My Way – a self improvement song about moving to the next level

26:25 Set Yourself Free – as song about turning away from bitterness, a soul searching song

29:59 TNT Is Truth Not Told – a song about bad business deals, a social issues song,

This is my second ukulele original song album. Most songwriters, including me write songs from their own experience.

We all go through stages in life. Being retired allows life to be reflective. And some of those thoughts are turned into songs.

Natural Order of Things – a song about grief.

One Thing Leads To Another – a song for my wife on our 47th anniversary,

Set Yourself Free – as song about turning away from bitterness, a soul searching song

TNT Is Truth Not Told – a song about bad business deals

On My Way – a song about moving to the next level

You can find Richard’s music on all major streaming services. For those who have a Spotify account, you can find the albums at these links –

Spotify – All Is Right With The World – https://spoti.fi/2Z0LxMw

Here’s to a good album for 2021, and I look forward to repeating the process in 2022, with more improvement !